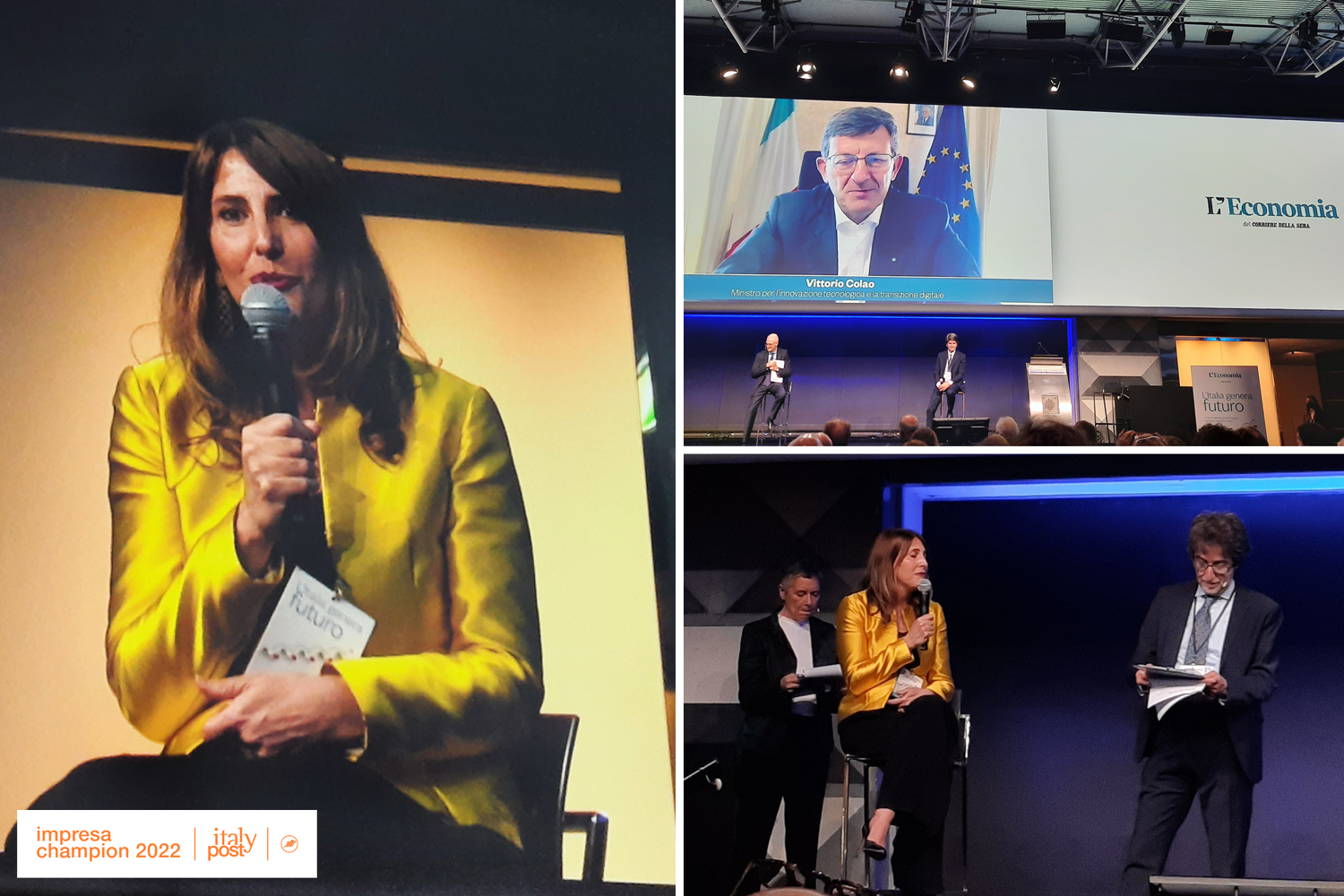 
With our deepest pride and greatest satisfaction, we unveil that Olon has been confirmed as one of the Champions of the Italian industry.

We are one of the most performing companies in Italy. We receive the official recognition by the think tank Italy Post with the endorsement of Corriere della Sera.

Olon is a champion of our national economy. The survey conducted by Italy Post has identified our Group as one of the 1000 Italian companies that have performed the best growth over the last years, in terms of revenues and EBITDA, and that keeps on developing also in 2022 despite the huge challenges that the global economy is facing. Driven by excellence and courage, our Group has been succeeding to face this challenge and to confirm the successful trend of revenues and profitability.

Together with other Italian Champions, we have been celebrated during an event at Italian Stock Exchange to which participated the Representative of Government, Minister of Innovation and Digitalization Vittorio Colao, and the national economy press. On the stage, Olon has been represented as one of the best Italian histories of entrepreneurship bringing value.